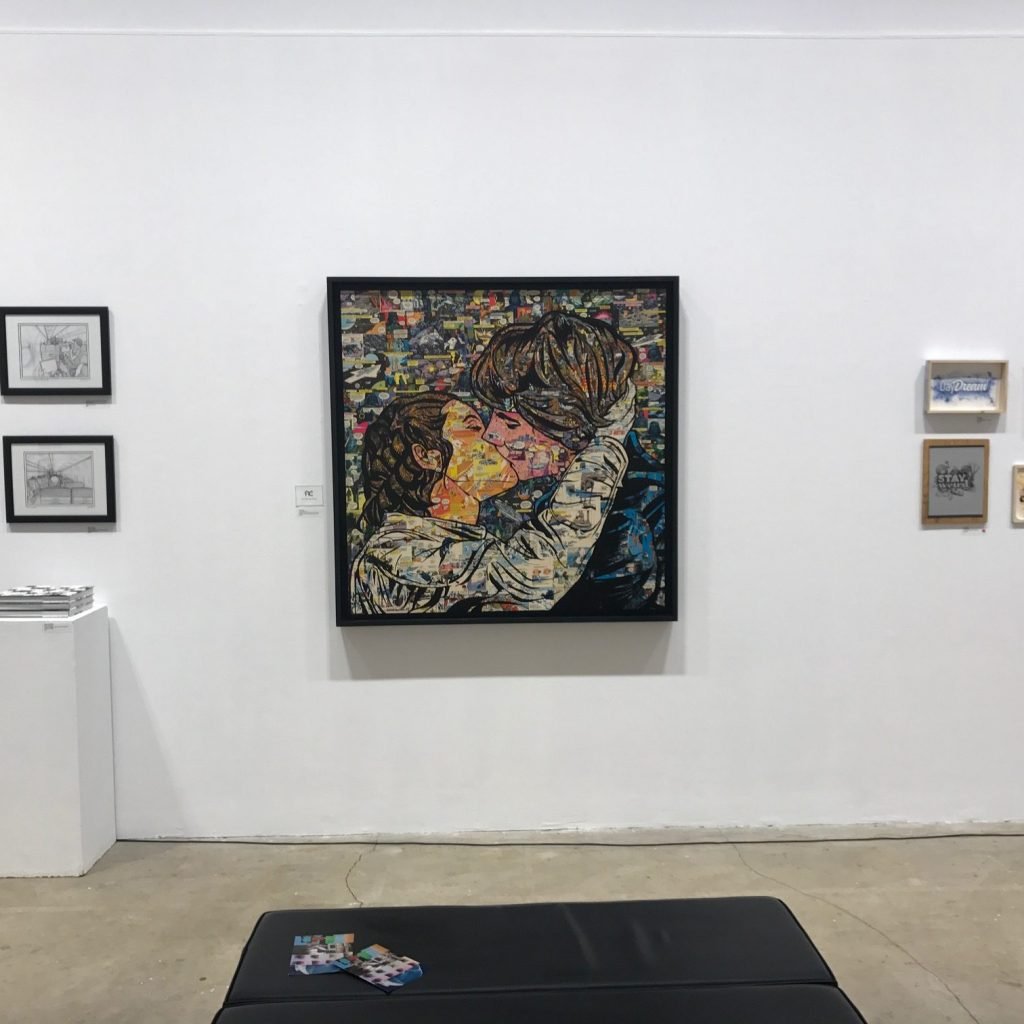 COMIC BOOKS ARE DESTINED TO LIVE A LONELY LIFE.

The best ones are sequestered in plastic. Stored away in cardboard boxes only to be occasionally enjoyed by the cover.  Its story, illustrations, and heroes are trapped in time by a simplified villainous trap set by the comic book’s true archenemy­: The Elements. Exposure to air, water, mold, and oils from hands. The Hero Collage series sets our heroes free and over exaggerates them. With their large size, the viewer is forced to be overwhelmed by the story. Every Hero Collage takes comics and re-imagines them into unique works of art. The focus is on taking what is meant to be viewed as linear and exploding it on a flat surface to be enjoyed all at once.

Each Hero Collage consists of only certain comics within the book title.  There is an intentional choice to exploit certain storylines. No other random comic titles are included as filler. Each comic book resigns itself to sacrifice through selection.  It is a puzzle without directions.

The end result is a nostalgic-filled experience. Viewers explore, read, and view the story while reminiscing back to a simpler time when life’s demands were just to simply read a comic book. Even if the comic book was safely secured in plastic, in your closet, away from the light.

At Brandtatorship we help clients take control of their brand. Take a walk through our site and let’s start a conversation.

Every time I’m on a plane, I draw my perspective from where I sit. Yes, every time. This is the link to the home of the successfully funded Kickstarter campaign for the book Draw The Plane.

From fatherhood to set design to illustration.  This blog features excerpts from my own notes, thoughts and personal expressions.

For over 10 years I have been an on-air personality for 90.5fm WBER.  An alternative radio station in Rochester, NY. Listen live to the only station that matters.

If I like you, I’ll draw a caricature of you. If I really like you, I’ll make it resemble you and not the cartoon blue jay Mordecai. In the meantime, let’s chat about the one of a kind commission you need.

EVERY ILLUSTRATION TELLS A STORY.