Baseball is a game of failure.

70% of the time the games best players fail when trying to hit the ball. Players record errors on the field. Make bad pitches and throws. What’s important to understand is that every next at-bat, pitch or time on defense is an opportunity to make a play that’s positive. The trick is for players to not look back, to have a short memory when it comes to failure. For they’ll need the focus in the present to make the play when they get the next opportunity. If they’re always in the past, then failure lurks with a side helping of doubt. And since players can’t change the past, the only thing they can control is how they deal with the future.

This premise is kinda like a shark. Sharks constantly swim, and if they stop, they die. These predators lack the ability to extract oxygen from the water unless it’s forced through their side gills from their constant state of motion. The point is they never look back. Sharks are always looking forward. A timely piece of advice I gave a 10-year old on the mound after he gave up a game tying single to a batter. “Be like a shark, don’t look back. Focus on the next batter, and just throw strikes. If they hit them, they hit them. Count on your teammates to play good defense behind you.” He composed himself, got the last out and the game continued. A game we eventually won.

One of my dear friends, who I can’t thank enough, allowed me to realize the advice of the shark is not for baseball alone. It’s a good parable to carry around to reference when dealing with some everyday and not-so-everyday situations. Sometimes after you fail, it’s best to recognize it, learn from it, keep moving forward and not look back. If not, you risk suffocation under the weight of your own lack of mental strength. 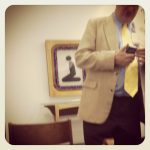 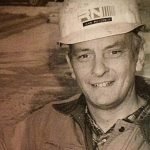