The Photos of Lewis Wickes Hine

Lewis Wickes Hine was an american sociologist and photographer that was born in 1874 and died in 1940. His photographs were instrumental in changing the child labor laws in the United States.  Many of his black and white photographs are currently on display in an exhibit at the George Eastman House, International Museum of Photography and Film located in Rochester, NY. The work is striking, raw and honest.  Many photos depict factory workers in undesirable conditions. The large format photo at the front of the exhibit of the young working children is particularly nice.  Right down to the kid on the right caught digging for gold.

A couple weekends ago while at the museum with the family and my visiting brother-in-law Steve, my oldest son Joey and I stumbled across a series of five Lewis Wickes Hine portraits that we lingered on for awhile.  The subjects were standing proud.  Facing the camera and cropped from about the chest-up. Each were from a different social class. The man in a suit.  The young girls in pretty lace dresses, the older farm hand. The strapping young man.  I turned to my son and said,

“Joey, look at each one of these photographs.  Each one, a person, with a life that’s long since gone.  They had a family, people that loved them, what is their story? They each have one that’s unique.  We can make assumptions of thier stories by the way they’re dressed. Does this man in a suit own his own company?  Did this woman just bake the best blueberry pie? Perhaps this man in overalls works outside on a plow and gets up before the dawn. His skin, weathered from the sun. Does this girl have any sisters? Did she get married? Have a family of her own?  Joey, It’s fascinating. Here we look at them as art, but in reality they were people first. Each of these individuals had others that depended on them. I would love to know their stories.”

Joey responded: “Wow, this guy has a really big nose!! Uncle Steven! Come look at how big this guys nose is!” and he turned to find his uncle.

The Lewis Wickes Hine exhibit is on display until September 8th and the George Eastman House, International Museum of Photography and Film.  Check it out if you have the time. 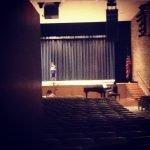 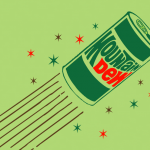