Something Happened On The Way To Act Two.

My son Joey grew up.

Five years ago, when Joey was 7 years old, he was in his first musical stage production. Pittsford Musicals produced Fiddler On the Roof. I was fortunate to be cast as Avram, the loopy town crier, and Joey was one of the children of Anatevka.  Julie and I thought it would be a good experience for him.  You see, my son was very shy and we wanted to expose him to things that would help break him out of his shell.

At 12, he’s more mature now, with multiple shows to his credit.  Seeing him on stage Thusdsay for the opening night performance of Webster Thomas High School’s musical production of Bye, Bye, Birdie was a wonderful experience. Proof positive that we had the right idea five years ago.  For all who don’t know, Bye Bye Birdie is a campy, silly, and over-the-top musical set around the singer Conrad Birdie, Albert his manager, his secretary Rose, and the MacAfee family.  Conrad Birdie, the teen heartthrob has been drafted into the U.S. Army, and he is about to give his one last kiss to a lucky girl (15 yr old Kim MacAfee) before he goes off to war.  In the production the girls scream, swoon and faint for Conrad, much like girls used to in the 50’s and 60’s for Elvis, The Beatles, and Conway Twitty.  The musical is a satire of American culture, and the Webster Thomas Players deliver by keeping the energy up and the humor high.

I could not help but get very emotional during the Ed Sullivan scene.  Joey, as the son Randolph, and the rest of the MacAfee family sang in nice 4 part harmony.  Joey, for a brief moment sang by himself in front of 500 people.  No more is he that shy little boy.  No more does he search for confidence to get up in front of people to share his talents.   I should mention that he is still in middle school.  He’s performing with high school kids where some are four and five years older than him.  And he is holding his own.  I was a proud papa indeed.

And this was just act one, but it was what happened after the show that was even more touching.

In musical theater it’s customary to come out after the show’s end and say hello to friends and family that have come to see the performance. Joey and I did exactly that.  After opening the hallways doors that lead into the lobby outside of the auditorium of Webster Thomas High School there stood an arc of about seven or eight middle school aged girls waiting.  When Joey and I came through, these girls reacted to Joey like he was the rock star, like he himself was Conrad Birdie.  They screamed “There he is!”, “He’s sooo cute”, “Wow!” and “That’s him, that’s him!”  It was very sweet, and as a Father I could not help but feel joy for my son for some well deserved attention from the ladies.  But, the funny thing is Joey was oblivious to his new fan club.  So, I did what any father faced with this situation would do.  I placed my hands on Joey’s shoulders.  Stopped him, and turned his body right into the line of fire. All the while saying “Hey Joe, do you see any one you know yet?” I stalled for time long enough for Joey to realize the girls were looking at him.  Two of whom told him he was cute and that they each wanted a hug.  Joey, just stood there… frozen.  By now there is a crowd watching this exchange.  Parents and kids alike.  Finally I told him “Joey, for God’s sake give the girls a hug!”  Which he finally did and the girls swooned.

As I turned him away from his new fan club into the sea of the remaining people I could not help but smile.  I knew I just witnessed something that as a father I will cherish and remember for the rest of my days.  And though Joey may not realize it now, I would venture to think he, albeit for different reasons, will feel the exact same way. 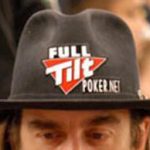