That’s how many children my Grandma Reiss gave birth to. Yep, 16. (Pick jaw off the floor and continue reading.)

My mother was number 11 of 16. In the photo on the left is the birth order as written by my mother last Friday morning at the funeral luncheon for my Aunt, her eldest sister and my late Grandma Reiss’ child number 1, Rita. My Aunt died at the age of 83 years young. I don’t have many memories with my Aunt but I do remember her as a calm, quiet and well respected woman. She raised 5 boys (that alone seals her sainthood). Lost her husband, Uncle Paul, suddenly in the late 80’s and from my limited perspective lived a good life. I wish I knew her better. My daughter Rebekah and I made the trek to Michigan to go to the funeral on Thursday and Friday, and I got a first hand wake up call on the frailty of life from my Aunt, but the real revelation came from my Grandma Reiss and her 16 children.

I keep coming back to this number because of the reality of what it means:
16 mouths to feed, backs to clothe and clothes to wash. How’d they decide on bathroom time? Where’d they sleep? I remember my Grandma’s house in Centerline Michigan. How’s 16 children in that house even possible? As a parent of three I can’t even fathom this reality. Not for even a moment.

I never really knew My Grandma Reiss. Sure we spent time at her home on the weekends but I never did have quality grandma time with her. Now many years later I understand why. There was only so much attention to go around, and her own children got what she had left to give. One of the few times I remember my Grandma interacting with me was during Grandparents Day at Wiley Elementary school. She came as my guest along with Grandma Mayernik and I remember thinking, Wow, Grandma Reiss is here… with all the places she could be, she chose to be with me.

We were in the gymnasium for the school assembly and to close the festivities the faculty gave roses to a select few grandparents in a few categories. Such as:

Who traveled the farthest?

Who’s birthday was next?

Who had the most children.

Who had the most grandchildren.

At the time I was confident that my Grandma was walking out with two roses that day. Nobody was beating sixteen kids, and 51 grandchildren. Nobody. Grandma Reiss had those two in the bag. And I was right, but to my amazement she didn’t walk out with any roses. The person who got the rose for the most children had 12. The most grandchildren was somewhere in the 30’s. I remember vividly tugging on my Grandmas arm saying, “Grandma! You have more than that. How come you’re not telling them? You should get both roses! You have 16 kids! Grandma they are giving the roses to someone else. Those are your roses!” I left the gym confused, frustrated, deflated and Grandma had her head held high. While walking out to the parking I asked her why she didn’t tell them she had 16 kids and 51 grandchildren and she told me she was okay with someone else taking the spotlight. She was fine with letting someone else get the glory. She thanked me for asking her to come to Grandparent’s Day, she said she enjoyed the day at my school and that was the end of it. Talk about humility. As a kid I didn’t understand, but I learned there are times the spotlight needs to be pointed away from you and on to others, and sometimes it’s more than okay. It’s what’s necessary.

During the two days of my Aunt Rita’s funeral I overheard lots of memories of when my aunts and uncles were kids. The reality of 16 kids was made very apparent to me. We live in an age now where large families are celebrated as tv dramas. John and Kate plus Eight, or The Duggars and their 19 kids and counting are given the national spotlight to document “struggles” of a large family. They’re reality stars, and while I’m sure they struggled I’d have to bet they didn’t struggle like my Grandma Reiss. There was no TLC network to pay her and my grandfather for their story. No motivational speaking engagements. No book deals. No sponsors. No national news story to pine for donated diapers, or food. Just the harsh reality that food was scarce. Clothes were hand me, hand me, hand me, hand me downs. My mom talked of Christmases and how many years they got fruit in their stocking. One year she got a book. One year she and some of her sisters were not given anything. Whoa. Santa not bringing a child presents? Are you kidding me? How does that not mess with your head forever? My mom spoke of her time in Elementary school and her teacher had each student get up in front of the class and state what they got for Christmas. She got up and said… “I got a toothbrush. That’s it.” My mom also said that was the last time her teacher asked students.

My mom and her family were not TV reality stars, they were ridiculed in school. There was serious emotional strain placed on every one of them. The strain was compounded when My grandfather died when he was in his 50’s. My Aunt Susie was only four at the time (she was the youngest, number 16). After his death, this was my grandmother’s reality: No husband, no paying job, and many mouths to feed. Again, As a parent of three I can’t even fathom this reality. Not for even a moment.

My Uncle Jim talked of family vacations in the summer with their modified Hudson to fit the family. The wooden third row bench seat, no air conditioning and being on top of one another and not minding because that was all they knew. They spoke of my Uncle Herb after serving in the military went to school and supported the family financially. Ever penny my mom and her sisters made babysitting, or money my uncles made from their paper routes went to fund the family. I sat there listening… completely blown away. Just amazed that anyone survived from that generation. And survived they did. They went to school, became teachers, engineers, nurses, owned companies, built homes, families of they’re own and persevered amidst terrible odds. There was much struggle though. Some of my Aunts and Uncles battled Alcoholism, drug abuse, and endured emotional hardships and divorce. What I find amazing is that as a child growing up I never truly realized the struggles my Mom and her siblings endured. My brothers and I always had enough. We had food at the table. We had memorable family trips. And we had and looked forward to the arrival of Santa and the goodies he brought.

I have a profound respect for my grandmother, my mother and her siblings.

My brother Dan said the quote of the day on Friday. “If Grandma Reiss even decided to only have 10 kids. We’d not be here right now. Still a ridiculous number to fathom.” 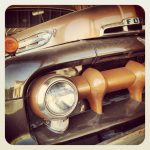 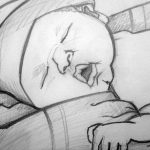