I have always liked Halloween. Something about one day that allows each person the freedom to be something outside their normal selves. To live for a brief moment what it’s like to be a wizard, or have the respect of a firefighter, or the command of an entire room as a simple black cat. The candy was an added bonus. As a graduate of the College of Creative Studies, it almost comes with the degree. Creative = Love Halloween. Ever since the Mayernik Trio came around I have had a new found love for the holiday. I have made costumes for the kids ever since they could walk. There was Junior Asparagus, The Boardwalk Monopoly Card, R2D2, the Crayola Crayon Box, the Legos and more. But now it’s different. Joey, Rebekah and Aaron would rather do their own thing now. the store bought… the closet scrounge… the borrowed costume. I would like to think that I could will my love of Halloween on them, but alas it’s not the case (I might still have a shot with Aaron). Shouldn’t be surprised I guess. Julie’s still doesn’t like the holiday.

This year was the first year that Joey was not even with me for the night. He opted to trick or treat with his friends. Again, shouldn’t be surprised. He is a Freshman.

An end of a era for me and my love of Halloween. It’s just not the same now. The kids are quickly outgrowing the trick or treating. The brain says it’s time to let go, but the heart wants to plan the costume for next year. I think the brain will win the fight. As irony has it, I wore my Sinking Titanic costume out when I went out trick or treating Monday with Rebekah and Aaron. I didn’t realize the irony until i got home. 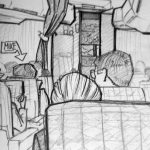 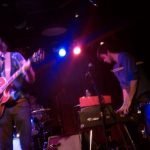