The Tale of Lime Sherbet

The year is 1997, and Julie and I are on our honeymoon. A cruise in the gulf of Mexico that took us to Cozumel, Playa Del Carmen, The Ruins of Tulum, and finished in New Orleans. It was Julie’s second cruise, and my first and I really didn’t know what to expect. One thing I marveled was the food selection. Great fish, steak, and chicken from servers that were always eager to get you to try more. Desserts were the one area that I really didn’t care for. I’m on record as not being a dessert guy. Never have been, I like simplicity. I call myself a “Two name or less dessert guy” (patent pending).

As in words like oatmeal cookie, chocolate cake, or fruit. Anything with more than 2 words used to describe the dessert is too excessive and screams “I’m to rich”. As in chocolate melting cake topped with French vanilla ice cream, or double raspberry fudge cake with a creamy blah blah blah…

So on my honeymoon I went simple. I went with Lime Sherbet.

And each night I got weird looks from everybody. The waitstaff, the others at the table and even Julie herself. To this day our children know of the legend of the Lime Sherbet and it’s taken on a lore of its own reminisced at holidays, family dinners and fireside camp sites. But what remains true to the story is that in the vast array of extravagance, I went simple. And enjoyed it.

Fast-forward to 2013 and our family cruise to the Caribbean with the Quayhackx’s which ended today. All eyes (read my children) were anxiously awaiting what I was going to do when it came to order the dessert the first night at dinner. And yes I ordered Lime Sherbet. Everybody laughed. The waiter looked at me with “A you’re f-ing crazy look”. But I held strong and ate my Lime Sherbet like I was eating a dessert flavored from the ground up wings of Pegasus herself.

Now there were many desserts with multiple names ordered that night which included titles like molten chocolate cakes, fresh fruit platters, ice creams paired with apple cinnamon crumbles. At the end of dessert, my son Aaron decided to try the lime sherbet. “Just to taste what all the fuss was about”. This is the kicker… when asked what his favorite dessert was of the things he tried that first night he said… “I hate to admit it but it was the lime sherbet. That was really good.” “I might actually get that tomorrow.” 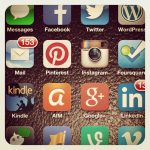 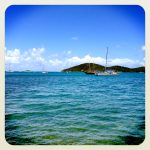 That Time I Almost Died on VacationNotes, Thoughts & Personal Expressions