In the spring when my friend and fellow co-worker Courtney asked me to be involved with the Golisano Children’s Hospital Annual Fundraiser Gala I said “Sure” before really knowing what I was getting myself into. It didn’t take me long to realize that it was a very good decision. The children’s hospital is very important to her so in turn it’s important to me. We landed on the theme of Wonderland (as in Alice in Wonderland) and went right into concepting. Alice in Wonderland could be viewed as a tired concept, and my challenge was to give the gala a fresh perspective. I focused my attention around the Queen of Hearts and my interpretation on her flower found on the Queen’s face card, I did some custom illustrations for the invites and graphics, and overall am very happy with the outcome.

My theater set design background also has also come in handy. Courtney had given me the freedom to concept out the set designs for the entire night. One idea was building large scale mushrooms for the gala. So far I have made two, and hope to make a lot more. (Though I’m quickly running out of time, the gala is at the end of October.) The following pictures detail my process from start to finish for creating the large scale mushrooms.

I started with a sheet of 4’x8′ insulation foam that was cut, glued and stacked. Then carved by hand with a blade. And sanded smooth with my blocks and electric sander. Meanwhile I made the stems out of pvc pipe. Next I covered the mushrooms with an epoxy resin used in fiberglass construction. Then puddy some of the larger holes. Primed white, and finally painted with color. The large one stands over 7′ tall the small one is about 4′. Like I said. These are two of many I need to make. I had originally thought to make about 14, but in order to do that I would have needed to start last month, and well there was ceramic tile to lay, and a house to renovate. So as for the final number of mushrooms, well we’ll see how it goes. 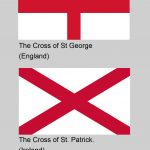 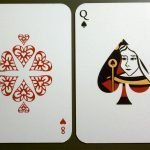