I have been called a flag geek once or twice in my day. I was drawn to the design and bright colors as a child while looking through encyclopedias that can be found in the “wood floor room” back home. Some are simple. Some complex. But they all have meaning. The colors used, the shapes, the wording all represent what a country stands for. What’s not to love about that? If you think about in terms of a company, the flag is the corporate logo for a nation, and the best logos encapsulate that company and serve as the first impression to the world. Our own Stars and Stripes has meaning too. 50 Stars, 50 States. 13 Stripes, 13 original colonies. Popular history states the red of the flag represents valor, white stands for liberty or purity and blue represents justice, loyalty and perseverance. Pretty cool brand qualities if you ask me.

Historians will tell you the Union Jack is the nickname for the
flag representing the nation of Great Britain.

So why does this matter? Well, in international soccer, Scotland, England and Ireland play as separate teams, and not as the UK. England was the only fortunate team to qualify for the 2010 FIFA World Cup. The flag representing the country of England is the Cross of St. George, and not the Union Jack. This has to be one of the best cases of branding for a country ever. What other country on Earth has: 1. An iconic flag. 2. An iconic flag can be split apart to represent the very nations the main flag stands for? Sure, after Partition, Ireland broke off from from the UK and currently uses the Green, White, Orange triad as the country’s flag, but prior to the 1920’s Ireland used the Cross of St. Patrick, and they still use the cross in their coat of arms. 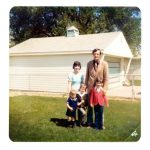