A Game of Humility Coaching baseball is my highlight of the week. With AJ. Being outside. In the warmth. In the rain. In the cold. It doesn’t matter. Away from the responsibilities of life is a welcome distraction from the weight of everything else. Instructing kids on the nuances of a game riddled with life lessons and humbling moments is a privilege that I’ve been able to maintain for the last 9 years.

Tonight is a night I will never forget. We were playing the Angels. Their head coach, Paul, is a good friend. We both attend the same church. We’ve coached together when our eldest sons (Joey and Dalton) were playing years earlier in the 9-10 league. He is honorable, respectful, and a great head coach. I’ve learned much from him.

We both longed for this game. My Rangers. His Angels. The anticipation for this game was elevated even more when Mother Nature rained out the original date postponing the game to Sunday evening.

As the away team we were up to bat first.

Their pitcher was a strike throwing fastball machine. 3 up. 3 down. They came to bat and scored 5 runs.

The 2nd inning was more of the same. 3 up for the Rangers. 3 down. Another five spot for the Angels.

At the top of the 3rd we were looking at a 0-10 deficit and no indication that anything was going to change. John the other coach and I actually discussed measures of treating the rest of the game as a learning session—if it got more out of hand, and playing kids in positions they wouldn’t normally to try to get them some experience. Not the way I was hoping the most anticipated game of the schedule was going to go down. I was hoping for a battle. Maybe a 6-6 tie going into the final inning. Tension. Nervousness. A last at bat base hit of walk-off single to close out the game. Kids piling on top of kids. No mater who won. In my mind this was to be the game of the year, and instead it was a blowout.

Then something happened. Paul replaced his ace with a pitcher who was not as strong. Our kids got on base, scored runs and we got right back in the game. In fact, at the bottom of the 4th inning the score was 10-10. A far cry from the how the game started. Now, we ended up losing 10-12, but that’s not really the story here. The story is about how the coach of the Angels didn’t pour it on. How he knew his second pitcher was not as strong but he wanted to get him in the game. Understanding the bigger picture that 9-10 year old kids having feelings that are fragile. That every ballplayer should have fun first, then win second. No matter the cost. Even in the moment I knew he was feeling this way about our game. He didn’t have to tell me. I could see it in his face. My kids left the field tonight feeling good that they battled back, not deflated because they got crushed. They didn’t give up, and had a shot to win. After the game Paul and I talked and he confirmed to me what I already suspected, and I was very grateful. Hopefully the next time our two teams meet in June the outcome will be more like he and I hoped for this game. A nail-biter to the end. Unfortunately I will be in Phoenix for work that day, and can’t be there. Unless Mother Nature intervenes again.

Humility is something the game of baseball teaches a person in spades. And they are lessons for players and coaches alike.

I will miss coaching baseball when AJ grows up and it’s gone. 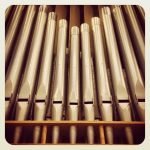 Mutiny on the Steps of St Paul’sNotes, Thoughts & Personal Expressions 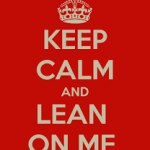