Ugh. Third time’s a charm. Tried to get all savvy and write this post from my phone, then from my ipad. Both times I prematurely published the post before it was ready. Sorry about all the confusion. Now onto the real post:

When I come home from WBER on early Friday morning I usually am thinking about my pillow, looking for cops and looking out for the crazies on the road. Last Thursday got me thinking about a whole new danger. The deer.

The proximity of the new house allows me to take the back roads instead of the expressway when coming home from the radio station. It’s much faster and I’m home in a flash. I never see deer. Frankly, the time is pushing 2:30 am, and I rarely see anyone. However last week I got spooked by 4 deer crossing the road. I had to slow to a stop to allow them all to safely cross. I thought to myself how odd it was to see deer out so late and continued on my drive. About a mile later another deer started to cross the road. On the right I saw his eyes glint, he hesitated, the started to come on the road then thought twice. He turned and bolted back into the adjacent field.

Now I am on high alert. One of my biggest fears while driving is hitting animals. Especially deer. By the time I got to the village I caught up to another car. Less than a mile away from my house, a deer bolts from the left and the white Honda in front of me never had a chance to react. SLAM… the deer was struck and was now in the middle of the road. I stopped to see if the driver was okay, and I have to admit I was very apprehensive of coming up to the damaged car. It’s like that moment in E.R. where the doctors realize they are needed to help the victims of an accident and there is blood and broken bones everywhere. Except I would have no idea what to do. Thankfully the two young girls here both okay. They were shaken up. But they were both okay. Unfortunately for the deer he was still alive and immobile in the road. It looked like he was laying down watching us but it was clear that the reason he was not going anywhere was because he had major damage to his body. (I say he but I guess it could have been a doe, not really sure though.)

The driver called 911 and in moments there were squad cars, fire trucks and volunteer fireman on the scene. One of the policeman recognized the driver and it turns out this girl hit another deer a couple weeks ago, and he helped her then as well. She had just gotten her car back from the collision shop a few days earlier. Talk about bad luck. Her white Honda was crushed in on the driver’s side. The girls were safe and in good hands and the time was pushing 3:30am. I took my cue to leave when the one officer mentioned he needed to put the deer that had gotten hit down. I knew it was the right thing to do, but I didn’t want to be there when it happened.

When coming back from WBER, I need to not think about my pillow anymore and just worry about the road, the cops, the crazies, and now the deer. By thinking about these will ensure that I will safely find my pillow. 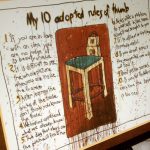 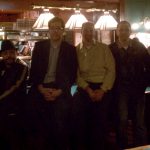