Let Me Walk By And Smell You.

Aaron has this habit.

I catch him doing this more than he realizes. Every time we are sitting on the couch together: He smells me. Occasionally when he walks by, he stops to sniff. Morning hugs, he takes a wiff. He has said on many occasions that he likes the way I smell. “I smell like a Dad” he says. I tend to disagree since my perception of a Father smell is one laced with of Carhartts, Marlboro Cigarettes and fresh cut wood.

I am none of those.

What AJ unknowingly realizes at the age of nine is that smell is powerful. It has the power to captivate. Illicit memories. At times repulse and at it’s best drive emotion. For me it’s the smell of hair that I love. What Aaron also doesn’t realize is that every time we sit on the couch together, when I stop him in the hallway as he tries to walk by, or every morning hug I have been smelling his hair. I’ve been taking a wiffs ever since he was born and getting high off the scent.

I know where he gets the habit. 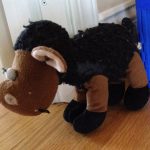 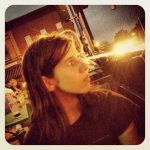 The Reverse of PolarityMy Little Buddy, My Marsupial, My Sweets