That’s all it is. An opinion. My opinion. But it’s mine and no one else’s. My own take on a subject. It’s a collection of life experiences encapsulated into a series of short bursts that i dispense when the time is right. My opinions determine mood, impact feelings, reward creative and sting and build up egos. I rarely think of the impact when in the moment. I would think it’s much like a surgeon who doesn’t think of the future scar he/she leaves behind after a major procedure. They’re just concerned with the success of the operation. But then again, that is still just an opinion (since I am not a surgeon, nor have had any medical training outside of the application of band-aids).

The latest was judging creative work for the Canton Ad Fed Addy award show. A years worth of blood, sweat, tears and budgets judged in a matter of hours by me and my three fellow judges. The creative fate of the entrants rest in the balance of our opinions. When judging creative work it’s hard for me to suppress the hurt feelings filter, or conversely the “I wish I thought of that” response. Overall the work was solid. I did my share of involuntary laughter, and marveled at some executions that pushed the limits of budgets and what I thought possible. Long story short … there is some great creative coming out of Canton, Ohio.

All around the country, there is a lot of good creative work that gets produced for clients every year. However the good work goes on the fridge. It’s the exceptional ones, the ones that went from good to great, are singled out and get the gold.

And even that … is still just my opinion. 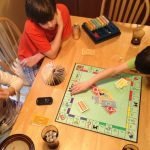 The 75th Ride on the Reading.My Little Buddy, My Marsupial, My Sweets, Notes, Thoughts & Personal Expressions 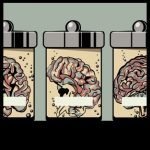