I am rooting for the Pittsburgh Steelers in Superbowl XLV. They are not my favorite team. I have never lived in Pittsburgh and I have no connection to the Steelers at all. I do however, admire their brand. The style of football they play is hardworking smash mouth football. They represent a blue collar town and have a history of success. I also love their logo. As a designer what’s not love? It’s a variation of the CMYK color system. CMYK refers to the four inks used in some color printing: cyan for blue, magenta for red, yellow for um… yellow, and key black. Okay not really, but that’s what I see. In 1962, Republic Steel of Cleveland approached the team and suggested that they consider the Steelmark, the insignia used by the American Iron and Steel Institute to honor Pittsburgh’s steel heritage. The logo colors were chosen to promote the attributes for steel: yellow lightens your work; red brightens your leisure; and blue widens your world. The logo’s meaning was later amended to represent the three materials used to produce steel: yellow for coal; red for iron ore; and blue for steel scrap. I also admire the logo only used on one side of the helmet. The Steelers helmet reflects the way the logo was originally applied on just the right side of the helmet in 1962 and it has never been changed. The other side is just black. This is in complete opposition to every other team in the National Football League. However it was only supposed to be a temporary measure because the Steelers weren’t sure they would like the look of the logo on an all-gold helmet. They wanted to test them before going all-out. Design testing for an NFL team. CLASSIC. After the 1962 season they switched the helmet to black and it’s been the same ever since.

Plus as a former Detroit Lion fan I can’t root for another NFC North team. 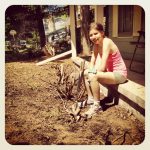