I have not slept good in weeks. Too much on the mind. Maybe too much weight on the soul. Whatever the reasons I do miss a good night’s sleep and the benefits from it. My Daughter Rebekah and I share similar sleeping patterns more than I care to admit, but there’s one distinct difference.

Despite our awkward sleeping habits she still dreams and has nightmares. I do not.

Saturday night she woke up frightened from a nightmare around 12:30 a.m., and was not going back to sleep anytime soon. I brought Rebekah back to bed and she did her patented move of clutching my left arm as if to say “Your not going anywhere Daddy.” I told her that I would stay with her as long as she needed, and asked if she felt comfortable sharing with me what her nightmare was about. She said our family was being chased by a giant snake. She described it’s size, color and articulated very well that one by one we were all eaten by the snake: Joey, Mom, AJ, Me. Max our dog had escaped, and Rebekah was left to fend for herself on the roof while the snake lie in wait on the ground. Then for some reason the snake coughed me up and I was able to make it to the roof to be with her and then she woke up.

I’m not a big snake guy so I can appreciate her fear. I did try to lighten the mood by telling her giant snakes like she described do not live in Western New York just in the movies. I also told her that I would stay with her guarding her at her bedside for as long as she needed me too. And that no snake, no matter how big, was ever coming near her and our family on my watch.

We both fell asleep and I finally awoke around 4 a.m. My left arm had been released, and I trusted Rebekah was dreaming of better times. As for me? I shuffled to bed hoping to dream. Hoping to have a nightmare. Hoping for something to tell me that my brain still works even when I close my eyes for the night. 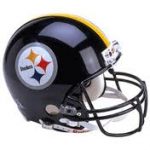