A series of posters designed to commemorate the Rochester Philharmonic Orchestra (RPO) Symphony Showhouse. A RPO fundraiser featuring the work of leading area designers and the Ellwanger Estate, a home once belonging to George Ellwanger, the horticulturalist and visionary whose sprawling nursery earned Rochester its nickname: the Flower City. A series of custom illustrations for the posters were created to reflect unique characteristics of the 19th century home. The Pipe Organ, the Landmark Society Gardens, the Carriage House, the Architecture of Fletcher Steele, the Historic Bird House, and the Ellwanger Estate itself.
These illustrations won an Addy, as well as NY District2 Gold. The posters are currently in the international 2010 Graphis Poster Design Annual. These illustrations also recieved Special Judges Recognition for illustration, at the 2009 RAF Addy Awards. Hey, that’s the third straight year! 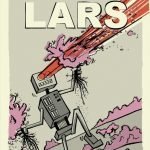 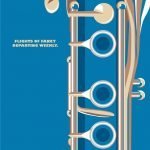