In 1997, we were blessed with the best gift we never knew we wanted. Joseph Paul

In 1998, I graduated from CCS, Julie was changing lives

In 2000, our reward for that chance was a beautiful little girl we named Rebekah Louise

In 2001, we took a chance and moved to the state of New York

In 2002, our reward for that chance was a beautiful little boy we named Aaron John

In 2003, we were regulars at the Strong National Museum of Play

In 2005, we spent many days in Maryland with Joanne

In 2007, we welcomed my brother and his family to spend Christmas in NY

In 2010, we spent lots of time in Disney thanks to our generous parents

In 2012, we took a chance to forge our own path with Brandtatorship

In 2013, we left the country to celebrate a retirement (read: freedom)

In 2014, we started the college tours for the best gift we never knew we wanted 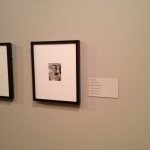 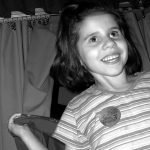 A Birthday Note For SweetsMy Sweets