Angels in the Infield.

The game of baseball never ceases to amaze me. I have been a baseball coach in the Webster Athletic Association (WAA) for the last 9 years (we’ll if my math is right) and I thought I have seen it all. Sometimes as the assistant, but most times as head coach. I’m fortunate to have two sons who love to play, and a daughter who tried to like the game for at least one year. My only year coaching Rebekah the game of baseball was a special time, and one I will never forget. Now that Joey, my oldest, is done playing my focus is on AJ. It’s nice getting to go back to a 9-10 age group where the focus of the game is still on development. Yes we keep score, but I feel my job as head coach is to have these kids leaving this year with a bigger passion of baseball in their hearts, to learn about the why of the game, to build character, to have fun and want to come back next year. Sure I’d like to win games along the way, but for me the focus is on the process and development, not the final standings.

One nice by-product of Joey no longer playing baseball is that I get to have him in the dugout with me. He is my official scorekeeper. Now Joey gets to learn a whole different aspect of the game, and it’s a pleasure seeing him there in his new role. Last Wednesday we had a game on feild #2. The Rockies pounded us pretty good. It was cold. Rainy. I got there late because of a work commitment with the local newspaper, but I could see our kids still had fun. After the game my son Joey learned that part of his new role is to help cover the field at the end of the game. We covered field #2 with the tarp to protect it from the rain.

Fast forward to Saturday. We (the Angels) had a game versus the Twins in the morning and the league President pulled me aside beforehand and said he was going to give a special presentation before the game, to our team, to me and one of my players, but he did not say why. Tom, our league President proceeded to tell everyone over his loud speaker that last Wednesday he witnessed something special. He witnessed one of my players, Mikah, and their Mom covering field #1 thus protecting it from the rain. Now, keep in mind we did not play on field #1. We played on Field #2, but Mikah saw that it needed to be done and took the initiative to cover the field. Mom got dragged out to help and Tom witnessed the whole thing and was left amazed. As a result, Tom called me to join him on the pitchers mound. Called Mikah to join us as well and then proceeded to said some very nice things while telling the tale of Mikah and Mom covering feild #1. He also presented our entire team with an ice cream party from the local parlor and gave a special New York Yankees caramel apple specifically for Mikah to celebrate the good deed.

Pretty cool. I was a proud head coach for sure.

Mikah is a special player who is smart and always thinking about the game. Hits well. Has a great arm, can pitch, hit, is an all around solid player and is one of the best on the team. Oh, I should also mention that she is a girl and the only girl in the league at that. I am fortunate that my other boys on the team don’t treat her any different. I certainly don’t. I expect the same things from her as I do them. The only difference is she always steps up and exceeds my expectations, not because she has something to “prove” in a game filled with boys, but because at her core Mikah is an all-around good kid and one that I am glad to have on my team. I am convinced that whatever she does she will excel. She’s just one of those types of kids.

I also appreciate Mikah’s sarcasm. During our first scrimmage when I asked if there was anyone who wanted to play the position of catcher she raised her had first. When I asked if she was wearing a cup (a league requirement) she responded with a quick smile filled “Um, No… I don’t need one coach.”

Yep Mikah, I guess you don’t. 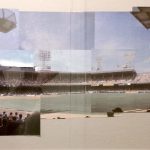 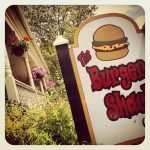