I Started Jogging Again for a Girl I hated to jog when I was younger. I never understood it. Jog for extended periods of time, sweat like a pig and ruin your knees. Yeah, sounds like fun… sign me up. When I was younger we had a French foreign exchange student stay with us for a summer. Bruno, and he could run. LIKE FOREVER. We would jog and I would try to keep up. trying to keep pace with a Frenchman who was in shape was laughable for me. I wondered if Bruno would ever stop, all the while I fought the urge to quit because I was to embarrassed to give in and say I was not in shape to keep up with with the almost 18 year old Frenchman. Bruno kicked my ass.

I was always a bike guy. It seemed to me that if I was going to put in the energy I would rather ride a bike, travel three times as fast and cover more distance. Well, that was when I was younger. That was before I started to train for my role in Joseph and The Amazing Technicolor Dreamcoat last fall. That was before I realized what jogging really was. I always thought of jogging, or running as a physical torture, but i have come to realize that it’s more psychological medicine than torture. Running is workout for the body and soul, and that I like. Frankly, now it’s what I need. My training program for Joseph was designed by Marcus, a friend of mine at Fit For Trips, and he wanted me to jog pretty much every other day (and I wish I had). I have to say it was much better than expected. I found that I enjoyed the solitude and it was a challenge for me to stay focused. (Staying focused is something I found to be difficult for the me over the past 37 years…oh look, shiny object #7 again.)

Just before the Christmas holiday I screwed my back up and was not able to do pretty much anything for about 3 months. Doctors orders. Well I am all healed now (well except that I still can’t feel the outside of my right foot, but there is no pain.) and ready to get back on the roads. This time it’s different. I wanted to get back to jogging not for a role in a play but for my daughter Rebekah. She loves to run. Loves the freedom, and she fancies joining the track team when she starts middle school in the fall. So together we run. Side by side, although her speed tends to vary a lot more than mine. She’s fast, slow, fast, fast, slow. I figure if I stay a comfortable pace that eventually she’d be able to keep the pace with me. It’s just going to take some practice. And we have the whole summer. Don’t worry bike… we’ll ride again, just right now I need to jog with my girl.

…and for my friends who jog, I am on the lookout for my first 5k that I’d like to run in the fall. I’ll try to keep pace with you as long as you promise not to kick my ass like Bruno with a super fast pace. Who knows maybe I can convince my girl to be at my side too. If Rebekah sticks with it he’ll be kicking my ass in no time. Guaranteed. 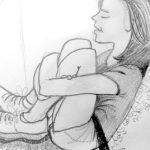 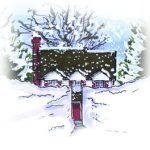