I ran the Boilermaker 5k in Utica, NY in 30:03. I had two main goals for the race: 1. Finish without stopping. 2. Finish in under 30 minutes. I nailed the first one and missed the second by only 4 seconds.

I know, not that big of a deal when some of my closest friends ran the 15k and others are training for half and full marathons (some even the Iron Man), but for me this was a big first step. I was always on record saying that I would never be a runner. Why run when you can bike? Biking is three times the distance with a lot less effort. A bike is where I always wanted to be, but about 5 years ago I caught the bug and I am glad it finally stuck. I would even consider a triathlon with Mike… if he twisted my arm.

This race was a bucket list entry that’s now scratched off. The odd thing is it came off at the expense of a few more added to the list. I will run the Boilermaker 15K next year and want to run, run, run in more races in the meantime. The Boilermaker was awesome. Way more fun that I ever expected. I felt great during the race, and sprinted the final .2 of the course and crossed the finish line in full stride. I didn’t want to stop. The energy from the crowd was motivating, and it was inspiring to be in the midst of so many fit people all running for a common goal.

I was used to training on a high school track. By myself with no one to help me keep pace, and with only the iPod to keep me company. Early on I used to run to clear my head and I enjoyed the solitude, but lately I’ve found that I depend on the music to distract my brain from thinking too much while in that solitude. Sound strange? It does to me. I think the moral is I need to run with people more.

In case you’re interested put the ipod on shuffle and this is the list of the songs that came up during the Boilermaker… start to finish:

Head Automatica:Beating Heart Baby
The Crystal Method: Trip Like I Do
New Order: Guilt is a Useless Emotion
Guns N’ Roses: I Think About You
Moby: In This World
Red Hot Chili Peppers: Give it Away
The Wiseguys: Start the Commotion
Weekend Players: Into the Sun

Congrats to my friends, Dom, Adell, Mike, Niki, Glen, Katie and Kevin for finishing the race. I have one question for you all… “When is the next one?” 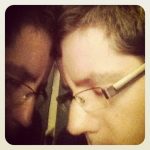 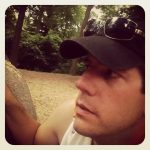